Over the summer I came up with three digital campaign models (slides) which I think are pretty useful. Â The models are also follows:

Lobbying CampaignÂ (in-person influencing)
Example: A group of former soldiers, along with NGO allies, shows a digital video about military sexual abuse to the Secretary of Defense in an invited meeting in order to convince him to change the way the military deals with these cases.

Earlier this month I used these models at a regional training for grantees of the Open Society Foundations. Â I began by presenting the three models to the participants using a color code to clarify the similarities and differences.Â Then the grantees developed strategies for their own campaigns… 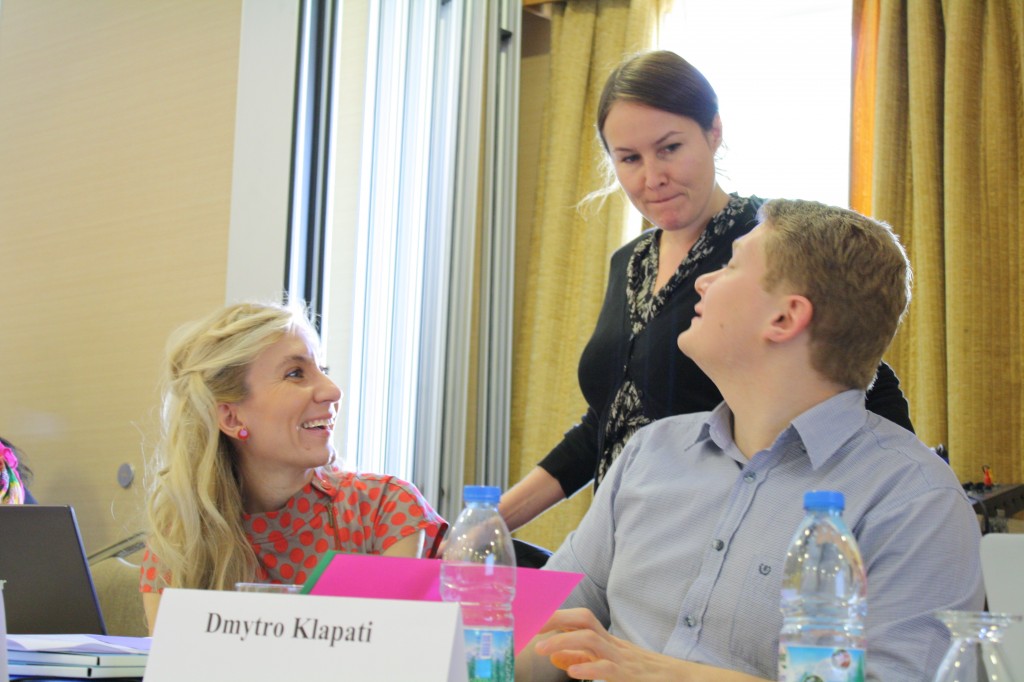 Iryna and Dmytro of Ukraine confer with Susie from Interights, another trainer

Finally, the grantees presented their strategies to the group for feedback.

Tamuna from Georgia presents her team’s strategy. They are aiming to increase access to hepatitis-C medication in their country.