5 Reasons Not to Use the Word “Slacktivism”

“The concept of slacktivism is not just naïve and condescending,
it is misinformed and misleading.”
– Zeynep Tufekci, Asst. Professor, UNC Chapel Hill

[UPDATED] Slacktivism is a widely used term for acts of supposed activism that are actually lazy and ineffective. Yet in the digital realm this term is problematic, and should be replaced with less derogatory terms like “micro-activism,” “online action” or “digital action”. Here’s why: 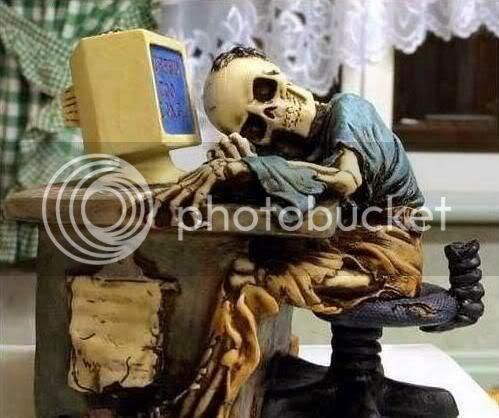 "Slacktivism" implies that small online actions are pointless, but this is not true.

Slacktivism conveys the image of the lazy activist, a politically active person who decides to sign an e-petition rather than attend a street rally. Though it is indeed easier to join a Facebook group or make an online donation than to canvass door-to-door or participate in a sit-in, this choice rarely occurs in the real world. The politically active will be active both online and offline. They have found a new realm for their action. The politically inactive would never have canvassed or participated in a sit-in in the first place.

In a recent paper, “Political activities on the Internet : Slacktivism or political participation by other means?”,Henrik Serup Christensen reviewed the literature on slacktivism and found that “there is no evidence of the substitution thesis” that taking action online will make people less likely to take action online. “In fact,” noted blogger Luke Allnut, Christensen “concludes that the Internet has a positive effect on offline mobilization.”

Small digital options, such as “liking” a Facebook cause or re-tweeting a political slogan, are unlikely to make activists less active. However, they do provide provide a low bar to participation that makes it easier than ever for the politically inactive to take that first step into engagement. Says Tufekci, “Since these so-called ‘slacktivists’ were never activists to begin with, they are not in dereliction of their activist duties.” Everyone needs to start somewhere, and we should not diminish those first tentative steps into 21st-century citizenship.

2) Small acts of digital activism are helpful to online organizers.

According to Amy Sample Ward, Membership Director for the Nonprofit Technology Network, micro-actions, such as liking a Facebook post, show organizers two things: “First, that your supporters are listening and paying attention…. Second, that supporters are standing by to take the action you promote.” These small actions help people self-identify as supporters of a cause who are open to being mobilized for further action.

However, if journalists identify these small actions as meaningless, the politically inactive may instead be discouraged from taking even a small step into political action. By not engaging they will cut off one easy entry point into political participation and deprive online organizers of a means of identifying new supporters.

4) Change has always happened through a “ladder of engagement.”
Now we have a new first rung.

As the previous points have implied, no one is arguing that liking a post or re-tweeting a slogan will lead directly to massive political change. This is not new to the digital age. Great change has always occurred through a “ladder of engagement” where more and more people are encouraged by organizers or by their peers to take more and more dramatic and disruptive action in pursuit of their goal.

The difference now is that we now have a new digital rung on the ladder of engagement that is easier to grab hold of than most offline alternative. Now it’s easier than ever to take that first step into participation. According to Tufekci, “today’s ‘meaningless click’ is actually a form of symbolic action which may form the basis of tomorrow’s other kind of action.”

5) Slacktivism implies that the action is ineffective, yet we often don’t know the ultimate outcome until long after the action has occurred.

In June of 2010 an innocent young Egyptian man named Khaled Said was brutally beaten to death by police. A few days later a young Google executive named Wael Ghonim started a Facebook group called “We Are All Khaled Said.” Within a few months it had grown to over 400,000 members and was the biggest dissident Facebook page in Egypt.

At the time many would have called membership in the group slacktivism. Why not go out in the streets? Why not protest? All in good time. The group became a community which intensified anti-regime feeling. According to Jillian York of the Electronic Frontier Foundation, “Prior to the murder of Khaled Said, there were blogs and YouTube videos that existed about police torture, but there wasn’t a strong community around them. This case changed that.”

When the Tunisian revolution began in December of 2010, the Khaled Said group became a mobilizing structure in which calls for change could be made and protests could be mobilized. Its founder, Wael Ghonim, became an important rallying figure during the revolution, encouraging protesters to stay in the streets despite regime violence. It was but one of many factors in the fall of Mubarak, but certainly not slacktivism.

Not every Facebook group will become We are All Khaled Said. In fact, most won’t. But it is best to reserve judgement until the final outcome is evident, rather than discourage a new form of political participation, the effects of which we are just beginning to understand.

4 thoughts on “5 Reasons Not to Use the Word “Slacktivism””