I am a liberal parent. Â I raised a daughter who is bi and poly. Â So beganÂ Dan Savages’ column in The Stranger this week.

Slowly a new realization is slipping into our discussions of human sexuality – Â not only do human beings vary in their gender identity, gender expression, biological sex, and sexual orientation, as the Genderbread Person teaches us, they also differ in the extent to which they are exclusive with their romantic partners. 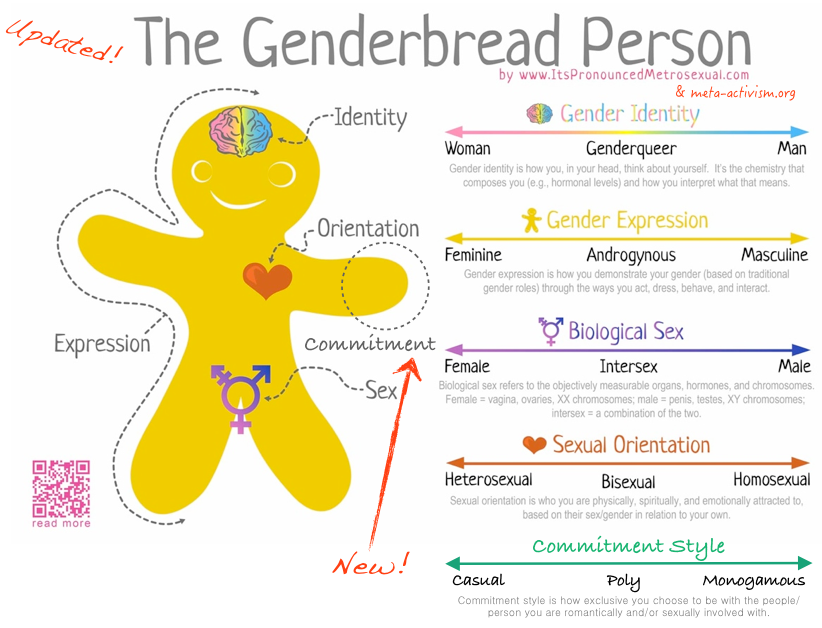 Commitment style, like the other dimensions of human sexuality should be agreed upon and understood by both/all partners. Â A mismatch in commitment style can bring great unhappiness. Â For example, a partner who believes he/she is in a monogamous relationship, but whose partner secretly has sex with others – that’s on the scale and that’s just cheating. Â Likewise polygamous relationships, in which each wife is monogamous but the husband has multiple committed sexual partners can be the result of a power disparity between the sexes.

The variation in commitment style isn’t good or bad, like all the other dimensions it just is. Â Better to acknowledge it, talk about it, think about your own orientation and find someone who is a good match.

5 thoughts on “Commitment Style: The 5th Dimension of Human Sexuality”