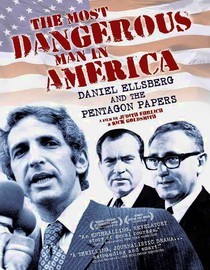 Earlier this week, the site Wikileaks and a handful of newspapers around the world published 90,000 American military logs on the conduct of the war in Afghanistan.

For some historical perspective, here are a few comparisons between the leak of the Afghan reports and the leak of the Pentagon Papers in 1971, a 7000-page internal report on Vietnam that revealed lies by multiple presidents on the motivation and conduct of that war.

While we may argue about similarities between the content and impact of these two leaks, the differences in their means of publication – one in the broadcast era and one in the digital era – are nothing short of staggering.

5 thoughts on “History Repeating: Wikileaks and the Pentagon Papers”