How Censorship Backfires on Repressive Regimes 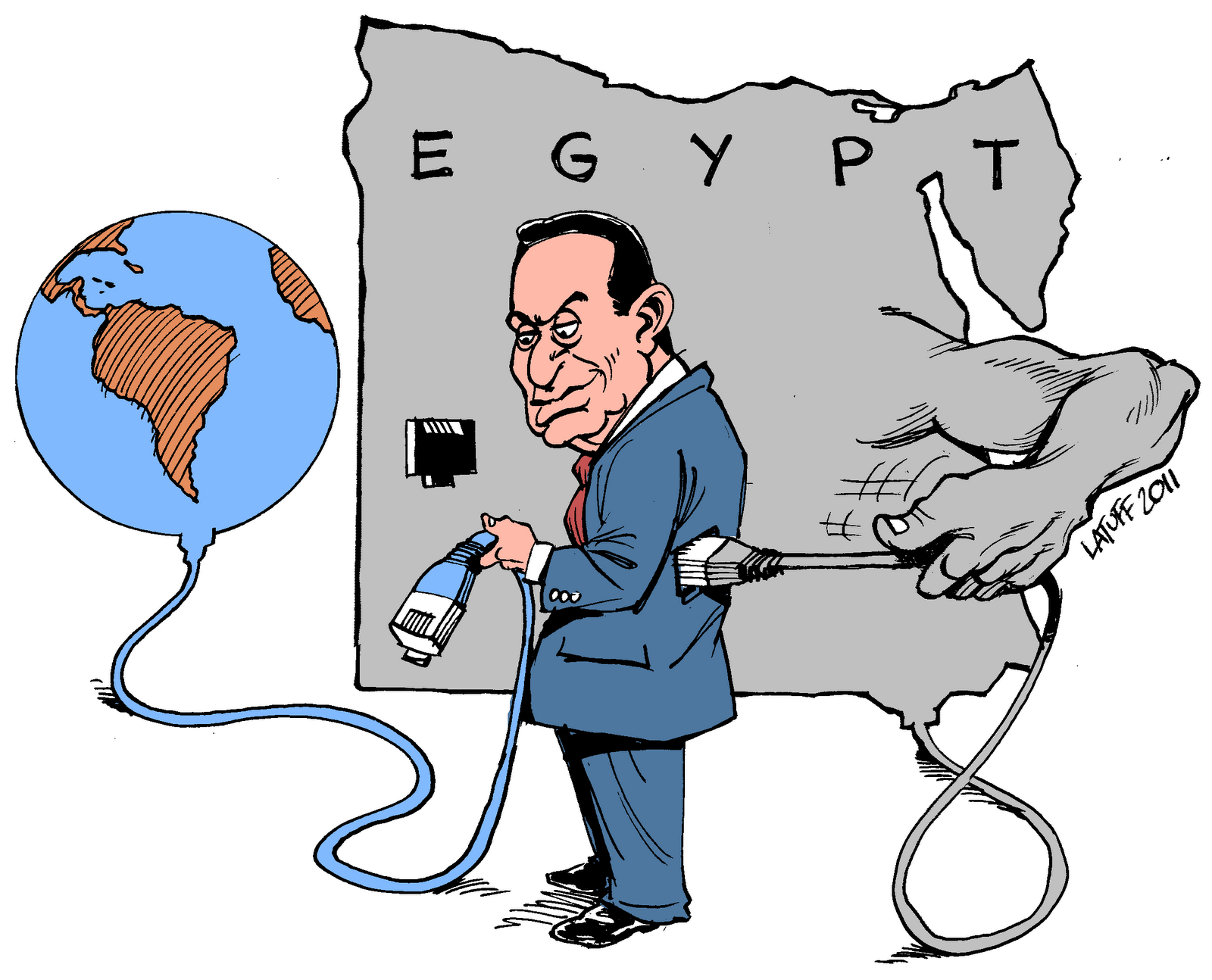 By pulling the plug on the Internet, Mubarak hastened his own demise.

As the digital elements of the Arab Spring continue to be parsed, it seems that at least one conclusion has been reached: Internet censorship can seriously backfire for repressive regimes. Turning off the Internet forces activists into the streets, while selectively filtering popular platforms like Facebook unifies even the non-political and motivates citizens to acquire anti-censorship skills.

A previous post by Alix Dunn on this site explained how the “the Internet kill switch didn’t kill Egypt’s protests” because offline and television transmission of key message was possible [UPDATE: and Movements.org just released a short case study on the topic]. However, we are now seeing that not only were activists able to mitigate the damage of significant digital censorship, it actually ended up being to their advantage.

Rather than limiting participation in the protests, turning off the Internet (the most dramatic form of digital censorship) actually increases offline participation. This conclusion has been drawn repeatedly with regards to the Egyptian Revolution, most recently by the participants at a recent Danish conference, Cyber Activism Changing the World?: A Conference on Social Media and Women in the Uprising. Courtney Radsch, a PhD candidate studying cyberactivism and Arab media, was in attendance and reports on comments by influential Egyptian digital media commentator Mona Eltahawy:

in Egypt, when Mubarak cut off the internet he effectively forced people to the street – a major tactical mistake in Mona’s perspective. By shutting down the internet activists could no longer tweet or SMS each other to see what was going on so they had to actually go into the streets to find out.

At first, forcing citizens to engage offline might sound like good news for repressive governments. Out in the open, activists are easy to identify, torment, and detain. However, when offline activism takes the form of public protests (rather than back-room meetings), the public nature of the protest creates its own cascade effects. Seeing more people on the street makes it more likely that fence-sitters will join in the protests.

2) Censorship Itself Becomes a Cause

A similar conclusion was drawn by digital activist Noha Atef at the re:publica conference in Berlin in April, with the addition that censorship not only forced people to go into the street to see what was going on, but that censorship became part of what motivated them to do so. Jillian York reports:

When Egypt turned off the Internet and scrambled mobile signals (there are 70 million mobile subscriptions in Egypt, ~80% of the population), Noha explains that it drew more people into the streets. She explains that censorship became a part of the cause, and that despite the Internet shutdown, people were taking photos and videos, knowing that at some point the Internet would be available again.

This idea of censorship as a unifying grievance and a motivation for protest was also described in the Tunisian context. In a recent event at MIT Ethan Zuckerman reports on the comments of Sami Ben Gharbia, Tunisia’s most prolific digital activist:

Facebook became central to the Tunisian media ecosystem because all other sites that allowed video sharing – YouTube, Daily Motion, Vimeo and others – were blocked by the Tunisian government, along with hundreds of blogs and dozens of key twitter accounts. This censorship, Sami argues, drove Tunisian users towards Facebook, and made it hard for the government to block it. The government tried in 2008, but the outcry was so huge, they reversed course. The main reason – usage of Facebook more than doubled during the 10 days of blockage as Tunisians found ways around the national firewall and onto the service. [emphasis added]

Here again a new element is added. It is not only that blockage of digital technologies forces people to engage with other dissidents IRL and that censorship is a unifying grievance that can motivate participation in protest, high-profile cases of censorship, especially of popular services, also motivates users to learn censorship work-arounds that will limit the government’s ability to censor in the long-term.

The dictator’s dilemma is a theory posited by Christopher Kedzie in 1997 that dictators risk commercial and financial repercussions by limiting the Internet and are thus less likely to do so. Though China has proved that it can selectively block cultural content without negatively affecting economic development, when the question is whether to shut down the entire Internet, the dictator’s dilemma is very much back in play. The fact that Mubarak decided to allow the ISP Noor to continue functioning for a while after the shut-down because it provided Internet access to the Egyptian stock exchange is a direct illustration of the dictator’s dilemma.

The theory of change behind the dictator’s dilemma is that the negative financial repercussions will add further motivation to protesters. But this is not specific enough. It is unlikely that the average Tunisian or Egyptian will feel a direct economic impact from loss of Internet access. However, economic elites will. Economic elites, who are often the beneficiaries of government patronage in non-democratic regimes, are most often regime supporters. That is because these elites are essentially conservative in that they benefit financially from the current regime. (If they are opponents, as in the case of Mikhail Khodorkovsky, they are quickly dispatched).

However, economic elites are often not ideological supporters of the regime. If they see that the regime’s actions are putting their profits at risk, they are likely to put pressure on leaders – whom they often have direct access to – pushing to quickly resolve the political unrest. They may not sympathize with demonstrators – in fact, they probably do not because they do not want political change – but they are one more source of pressure on the regime: “Crush them or leave, we don’t care, just open the banks again.” You can bet that when Mubarak was forced to shut down Noor he was getting a lot of angry phone calls from wealthy investors.

Clearly, censorship still has value to repressive governments, and it can still be effective if it does not bother most citizens. In China, most citizens don’t care about the blockage of Facebook because they have RenRen and Kaixin001. Losing Facebook was not a great loss because it had few users. This was not the case in Tunisia in 2008.

It does not even matter much if elites are circumventing censorship, so long and the information they access is not transferred onto the national internet. As Zeynep Tufekci notes:

Thus, the effect of selective filtering is not to keep out information out of the hands of a determined public, but to allow the majority of ordinary people to continue to be able to operate without confronting information that might create cognitive dissonance between their existing support for the regime and the fact that they, along with many others, also have issues. Meanwhile, the elites go about business as if there was no censorship as they all know how to use work-arounds. This creates a safety-valve as it is quite likely that it is portions of the elite groups that would be most hindered by the censorship and most unhappy with it.

From the perspective of activists who wish to challenge censorship, the best option is to create “dilemma actions” (lose/lose situations for the government) in which either:

Put another way, I suggest that Chinese activists post the next Hong Kong film star sex tape on Facebook and start posting hilarious political satire on RenRen. Censorship may not be the solid foundation of Internet control that regimes thought it was.

One thought on “How Censorship Backfires on Repressive Regimes”