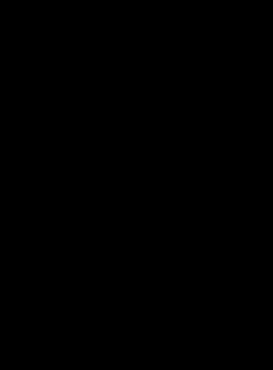 Sometimes best practices are a great idea – for example, in surgery. If someone figures out an effective way to remove an appendix or perform a coronary bypass, then other doctors should copy that technique. Anatomical differences between patients are minimal and the set of cutting, probing, and cauterizing tools available to surgeons are fairly uniform. Though there may be great breakthroughs in surgical practice – laparoscopy, for example – they come about rarely enough for a given best practice to hold its value for years, if not decades.

Digital activism is not surgery – far from it. And, counter-intuitive though it may seem, following best practices in digital activism is a very bad idea. Here is why: if a practice worked before it will either be easy to reproduce – meaning that many activists will reproduce it, eliminating the tactic’s competitive advantage – or it will be too difficult to reproduce – meaning that other activists will be unable to reproduce it even if they want to. This, of course, assumes that the best practice is still relevant which, in digital activism, is unlikely because the value of social media applications and devices changes so quickly.

Let’s look at each shortcoming of digital activism best practice individually. It will be depressing, but there is a happy ending.

Best Practice Problem 1 – Too Easy: Perversely, the best reason not to reproduce a best practice is because it is easy to do so. If anyone can create a Facebook page (or Cause) or a Twitter feed or an email list then everyone will. If you get one request a month to join an activism-related group on Facebook you may do so, because the novelty is attractive and you believe it may be an effective way to do good. However, when you start getting requests every day the novelty fades, and when you realize that the anti-domestic violence and pro-green energy groups you joined don’t actually seem to be making headway on either issue, your belief in the effectiveness of Facebook activism also fades. (This is not to say that Facebook activism really is useless, but rather that what is best – what is effective – has shifted to a new practice.) This is also why you ignore email newsletters from NGOs and are totally overwhelmed by Twitter feeds. It is easy to do so everyone does it and the practice ceases to have competitive advantage – to set one cause apart from others as being worthy of attention and support.

However, advocacy groups are not only competing against each other for the time and attention of potential supporters, they are – more importantly – in a power struggle with the targets of their advocacy: a corporation, government body, or an interest group whose unjust actions they wish reform. Easy best practices also lose value because opponents get wise to them. This was the fate of the e-petition. It started out as a powerful tool in the late nineties. The original digital activism organization, MoveOn.org, began its life as an e-petition demanding that Congress forgo impeachment and censor President Clinton in order to “move on” with the more important business of running the country. Because it was so easy to start an e-petition many advocacy groups decided to start them. (You can still create one for free on ThePetitionSite.com, now owned by Care2.)

Originally advocacy targets were impressed by numbers of digital signatures in the thousands or tens of thousands, but then they started to take a closer look. If a digital tactic is easy and becomes prevalent it is also more likely to be scrutinized by the target, which is sometimes not a good thing. The targets of e-petitions realized that it was really easy to add one’s signature and did not imply passionate concern about the petition’s subject. With the secret of e-petitions’ high numbers out in the open, the tactic ceased to be convincing and thus ceased to be a best practice.

Either by losing competitive advantage or by drawing increased scrutiny from opponents, the effectiveness of easy best practices is soon neutralized, which is why savvy digital activists should avoid them.

Best Practice Problem 2 – Too Hard: When merely creating a Facebook group or blog no longer has the desired effect, the more sophisticated advocacy groups don’t necessarily abandon these tools, but they do become more sophisticated in their use. Email list fatigue was already in full force when the Obama campaign used that tool in 2008, but the New Media team (disclosure: I was Operations Manager) was far more sophisticated in their use, carefully targeting messages using a sophisticated database system that tracked a supporter’s past interactions with the campaign, so they could always be pushed to commit just a bit more. There was an entire analytics team in charge of getting the most out of this database. The list was extremely high-performing, mobilizing millions of supporters and raising millions of dollars.

There are certainly a number of best practices in the Obama email case, but most are too difficult for most activists to reproduce: build and maintain a high quality database and hire a team of people to manage it. Oh, and hire a team of people to write your emails as well. Certainly there are easier best practices here too, but these fall back in the previous category: because they are easy to reproduce they lose their competitive advantage.

So, the second reason your shouldn’t follow digital activism best practices is that if they aren’t too easy, then they are too hard. In the first instance you shouldn’t reproduce them and, in the second instance, you can’t. The resources and expertise needed to do so are simply beyond the capacity of most activist groups.

Best Practice Problem 3 – Too Old: This, of course, assumes that these more difficult tactics are still effective. However, just as easy tactics lose their novelty, more sophisticated tactics also become less effective over time. Just ask the hard-working staff of Organizing for America, the continuation of the 2008 campaign organization, who are using the campaign’s best practices, but are having difficulty mobilizing supporters around important issues like health care reform. Drink a cup of coffee once and it wakes you up, drink a cup of coffee every day and you barely feel the effect. Familiarity breeds complacency.

This is a problem with traditional offline activism as much as it is with digital activism, but digital activists are at an added disadvantage because the infrastructure of digital activism – social media platforms, digital devices – change so frequently. Even if an effective means of mobilizing supporters on Twitter is developed tomorrow, in 6 months Twitter may very well have fallen from favor while hot newcomer TweetRoulette has everyone exchanging 10-second videos with one another.

That is why it is so dangerous to focus the improvement of digital activism practice on improving the effectiveness of tool use. The activism value of any tool diminishes over time, either through over-use (the easy problem) or under-use when it loses market share to something new (the old problem).

So, if the problem is reproducing best practices, what is the solution? Innovation – try something that hasn’t been done before. How, though, if you are not copying what has already been done successfully, do you figure out what new tactic to try? Strategy. Unlike best practices, which we call “tactical knowledge” on this site and which provide a highly-contextual example of effective activism, “strategic knowledge” is a set of analytical tools that are relevant across contexts. To make a strategic decision about investment, there are analytical tools like profit, risk, and liquidity that can be applied whether one is interested in investing in a mutual fund, new home, or potato chip company.

What are the analytical tools available to the strategically-minded activist who is wondering whether to invest time in email, mobile, or social media? There are many pre-digital strategies – community organizing, strategic communications and marketing, nonviolent civil resistance – that offer analytical tools that could be useful, yet there is not yet a body of strategic knowledge unique to digital activism. There is not a set of analytical tools specifically devoted to helping activists make technology decisions. And, given the increased importance of leveraging digital technology in activism campaigns, the need for this body of strategy is becoming more and more pressing. That is why developing this body of knowledge is the mission of the Meta-Activism Project. If you’d like to be part of this effort, you can read more about our mission here and, if we make a good argument, join us here.