Silk Road and the History (and Future) of Darknets 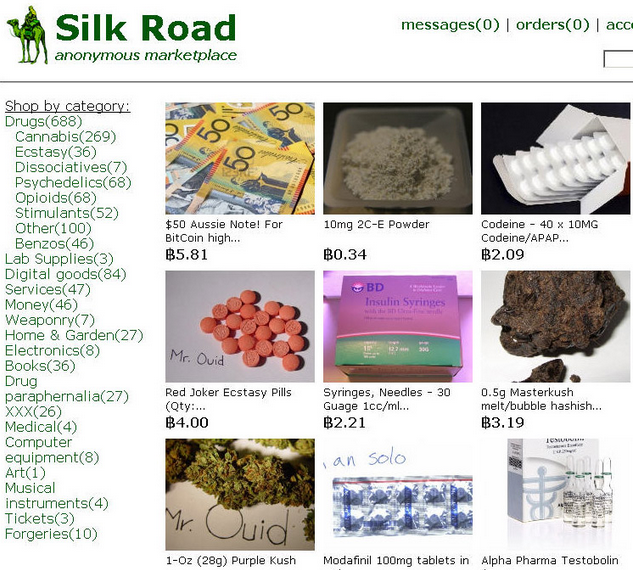 Adrian Chen over at Gawker has a great post about the FBI bust of the heretofore anonymously-hosted online drug market Silk Road and the history and future of the Darknet on which it lived.

A Darknet is a peer-to-peer computer network, part of a larger category of alternative online networks collectively called the “deep Web.” These networks serve as alternative and (more) anonymous version of the World Wide Web you are currently using.

The Darknet on which Silk Road lived Â is maintained by the Tor Project. Â However,Â the downfall of Silk Road indicates that Darknets using different protocols, like I2P, may become the new home to activists and journalists in repressive countries, child pornography enthusiasts, criminals and others who are best able to operate beyond the reach of the law’s long arm.

Adrien’s whole post deserves a read, but here are some choice bits. Â On the Tor Darknet’s history and how Silk Road became its “killer app”:

Before Silk Road, the Dark Net was small and scrappy, much like the regular Web in the early 90s. At the beginning, only a few hardcore criminals and privacy-obsessed geeks knew about it. Sites were hard to find and poorly maintained. That all changed when Silk Road launched in February, 2011. Where previous Dark Net users relied on obscurity as much as technology to keep them safe, Silk Road brazenly announced itself to the world. Dread Pirate Roberts [Ross Ulbricht] advertised the new “Amazon for drugs” on forums, and gave me anÂ interviewÂ where he boasted of the site’s robust community.

What the arrest ofÂ Dread Pirate Roberts, and the end of Silk Road, means for the future online anonymity:

University of California, Berkeley computer security researcher Nicholas WeaverÂ speculatesÂ that the takedown was the result of a rather sophisticated FBI hack attack that neutralized Tor, rather than Ulbricht’s “bone-headed” mistakes. His guess, based only on a close reading of the affidavit, is that the FBI’s hackers were able break into Silk Road’s server directly, tricking it into transmit its locations in the clear, thus circumventing Tor’s protections and de-anonymizing it. This version of Silk Road’s demise suggests no amount of precaution can keep a high-profile target safe.

On the unstable intersection of political reality and technological possibility inherent in online anonymity:

The lesson of the Silk Road takedown isn’t that Ulbricht was sloppy about security. It’s that the idea of a world famous, anonymous illegal market is fatally contradictory. Ullbricht made some technical mistakes, but his biggest one was conceptual: buying his own hype that high-tech tricks would let him implement a radical free market fundamentalism that could never work politically…Â The Dark Net was always an idea as much as a technology, and that idea is compromised, even if the technology proves to be bulletproof.

As ShaunKennedy, a commenter on the post noted, “Regardless of what you’re accessing on the internet or how you’re doing it, you are still a human being with a computer who physically exists in the real world.Â People who forget or ignore that, despite it being proven true countless times” will suffer the consequences.