From Our Book: The Future that Digital Activism Makes Possible

Today’s excerpt, by editor Mary Joyce, presents a theory of change for how digital activism could change the global politics of power. Previous sections in the chapter explain the practical changes that the field of digital activism will need to pass through to increase its effectiveness and achieve this future state. The book is available for free download here and for hard copy sale here.

…Perhaps the greatest motivator for this kind of collaborative creation would be a shared vision of what is possible if the great potential of digital activism is realized—of the potentially transformative power of ubiquitous and dense linkages between citizens across the world. A new power grid is available and it is us. Unlike a traditional electrical power grid—a network in which power is generated only at the central point of production and money flows into the center while electricity flows out—this new human power grid would have many points of generation and almost infinite interfaces.

The new power grid is a decentralized network of individuals, each of whom can both produce and consume information, interact with the media, take action, and engage in protest. At the edges of the network, the term “consumer” does not apply anymore. While the organizer of an action may be called a “producer,” supporters who participate in the action are producers as well. The action is its participants.

The infrastructure of this new grid is the cables and radio signals that make up increasingly interconnected Internet and phone networks. The infrastructure is composed of applications like SMS and social networks that allow us to connect to one another with astonishing speed, increasing ease, and greater complexity. What will we do with this new network of software and infrastructure that connects us? What will happen when the power of the individual is organized through the grid and begins to push back on the center, the traditional locus of authority? How will the center change? Or will it not change at all?

Traditional institutions are resource-intensive because they are forced to use extrinsic motivators like fear and money to ensure a significant and reliable level of cooperation. Digital campaigns, in contrast, can achieve their cooperation goals with radically fewer financial resources because a permanent time commitment is not necessary and a cause appeals to the idealism of the supporter, a free and intrinsic motivation. If many people can be engaged at low time commitment and low cost instead of high time commitment and high cost, as Harvard professor Yochai Benkler has posited in his book The Wealth of Networks, new institutions will arise.

Today, free and ad hoc organizations have demonstrated their ability to cooperate on discrete projects—a worldwide day of action, for instance—but have rarely formed the durable institutions that make cooperation reliable and would give them real power. This is one reason why it is so important that strategic knowledge be created. Digital activism needs to improve. Today we see marches, tomorrow we may see alternative political structures.

From Our Book: Digital Activism’s Infrastructure

Today’s excerpt, by Mary Joyce, is from the Introduction and explains the technological infrastructure of digital activism.

….The infrastructure of digital activism is based on the digital network— an interconnected group of devices that use digital code to transmit information. The beauty of networks is that connectivity is distributed. Networks do not connect us only to the center, they link us to each other as well. And, when large numbers of citizens are able to more easily connect to one another, to send and receive original content, and to coordinate action, they are able to create effective political movements.

Networks can be fashioned of different physical materials— physical materials matter. The difference in materials from country to country provides a great example of how the interplay of
infrastructure, economic, social, and political factors leads to different digital activism outcomes. Modern cable infrastructure, such as fiber optic, which transmits a signal more quickly, is more
expensive than older and slower cable—which might be made of copper. Thus, those living in rich countries are likely to have faster Internet connections than those living in poorer countries. Politics plays a role, too: in many developing countries, particularly in Africa, state-owned firms have historically monopolized Internet service, leading to higher prices. As a result, people in richer countries are usually more able to participate in digital activism because of the cost and quality of Internet connections available to them.

If the differentiator of digital networks is material, the unifier is code—the series of the digits 1 and 0 that transmit all information on the Internet. Digital code is the universal medium of digital activism. If an activist in Gaza wants to upload a mobile phone video so it can be watched by a college student in Minneapolis, digital code transmits those sounds and images. If an activist in the Philippines starts a Facebook group opposing the corruption of a local official, Filipino expatriates from Abu Dhabi to London can join the group and coordinate in English or their native Tagalog. In a 2009 article in The New Republic, technology theorist Lawrence Lessig of Harvard University described the nature of digital as “perfect copies, freely made.” If you create any piece of content and upload it to a digital network, a copy of that content will become immediately transmissible to anyone else in the world with Internet access. The whole world speaking one language—that is the power of digital code.

Even though we use digital networks to send each other 1s and 0s, we don’t think of digital activism in terms of code. We think of it in terms of applications, the software programs that interpret those 1s and 0s into meaningful information. Fortunately, digital infrastructure is, according to Harvard law professor Jonathan Zittrain, “generative.” People can easily develop applications that operate on top of the network and create content using those applications, both of which may not have been intended by their creators. The inventers of Facebook, a group of American college students, probably did not see it as a tool for activists around the world, but it is nevertheless used for that purpose. Likewise, the Silicon Valley technologists who founded Twitter did not imagine that their service would be used to broadcast protests in Moldova. While dedicated activist applications and open source software also play a role, most digital activists co-opt commercial applications like Facebook, Twitter, Blogger, and YouTube to do their work. It is through these applications that most of us define our use of network infrastructure.

We access applications on “end devices,” the piece of hardware that connects the user to the network. In the world of digital activism, the most common end devices are currently the computer and mobile phone. Computers currently allow for a wider variety of activism applications than mobile phones because they allow users to connect to all the applications on the Internet while most mobile phones are limited to SMS and calling. Yet, as the release of Apple’s iPad tablet and the rise of Internet-enabled smart phones illustrates, the differences between these types of devices is becoming more blurred as computers become more like mobile phones and mobile phones gain the capacity of computers. This change results in more powerful and cheaper devices for activists and thus a greater capacity to use digital infrastructure for their goals of political and social change.

From Our Book: Why the Term “Digital Activism?”

NOTE: On June 1st we’ll be posting a free downloadable copy of our new book, Digital Activism Decoded and on June 30th the paper version will go on sale at Amazon.com. For the next two months we’ll be posting brief excerpts from all the chapters in the book. To learn more, visit our book page. 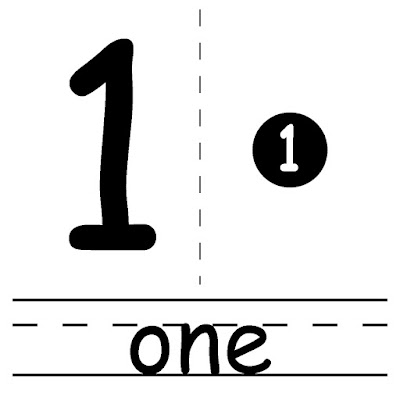 Today’s excerpt, by Mary Joyce, is from the Preface and explains why we choose to use the term “digital activism” and how it relates to other related terms.

If the term “digital activism” is contested, why do we use it in this book? Because the speed, reliability, scale, and low cost of the digital network are what enable the great scope and reach of contemporary activism. This phenomenon is what we focus on. We want a term to refer to this set of digitally networked campaigning activities—or practices—that is both exhaustive and exclusive. Exhaustive in that it encompasses all social and political campaigning practices that use digital network infrastructure; exclusive in that it excludes practices that are not examples of this type of practice.

Some terms fail to meet the criterion for exhaustiveness because they preclude relevant practices. For example, “cyber-activism,” “online organizing,” and “online activism” are not exhaustive because they refer only to activism on the Internet, excluding the use of mobile phones and other offline digital devices in activism— distributing digital content on thumb drives, for instance. Likewise, the phrase “social media for social change,” which refers to the use of social applications like Facebook and Flickr for activism, is not exhaustive because it precludes other relevant activist applications like mobile SMS and email.

Other terms are exhaustive in that they encompass all relevant practices, but fail to be exclusive because they include irrelevant practices. “E-activism” and “e-advocacy” are earlier terms for digital campaigning practices that are derived from the word “email,” in which the “e” refers to “electronic.” At the advent of the Internet, the “e” preface was useful in differentiating mail sent by an electronic device, the computer, from mail sent by post, or a bound paper book from an e-book. However, the range of technologies that are electronic is far broader than those that are digital. Activists have used Dictaphones, electronic megaphones, and VHS tape recorders, but these technologies are not digital because they do not encode and transmit information as the digits 1 and 0, as is the case with a digital device. They do not make use of the low-cost scalability of the global digital network. While non-digital technologies certainly have value for activism, they will not be the subject of this book.

So far, the terminology of digital activism has referred to particular types of infrastructure, both hardware and software. Cyberactivism refers to the Internet; social media for social change refers to social software applications; e-activism refers to electronic devices. The last term that fails the exhaustive and exclusive test is different in that it refers to content, not infrastructure.

“Info-activism,” a term coined by the international training group Tactical Technology Collective, refers to the use of “information and communications technology to enhance advocacy work.” However, as project leader Dirk Slater commented in a recent online dialogue hosted by the organization New Tactics in Human Rights: “I’d define info-activism as the strategic and deliberate use of information within a campaign. It’s not necessarily digital or Internet-based, in fact it often isn’t one of those two things at all.” While some info-activism uses digital technology, it need not. Effective info-activism could use printed flyers, stencils, or word-of-mouth. The scope of practices encompassed by info-activism is broader than those encompassed by digital activism, so the term is exhaustive but not exclusive.

In this book, we are not arguing for the preeminence of the term “digital activism” over other terms. If someone is exclusively interested in the use of the Internet for activism, he or she can and should use a term like “cyber-activism” or “online advocacy.” However, we are arguing that—because it is exhaustive and exclusive—” digital activism” is the best term to discuss all instances of social and political campaigning practice that use digital network infrastructure.