Cartoon Slacktivists, Be Not Afraid!

If you are worried that you are engaging in slacktivism by posting a cartoon as your Facebook profile pic to oppose child abuse, just remember that it’s not slacktivism, it’s broadcasting a cause preference that can be mobilized. 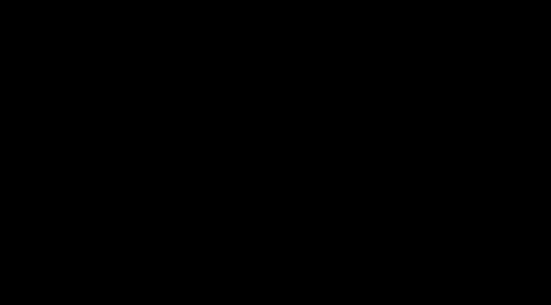 In recent months, referring to much of online activism as ineffectual “slacktivism” has become increasingly popular. According the slacktivist blog (yes, there is one), the word was actually born in the mid-nineties on Usenet and didn’t appear again until 2000 in a discussion about people “whose idea of activism is clicking the ‘forward’ button in their e-mail.” Though the applications have evolved past email – greening a Twitter icon, joining a Facebook cause group – the idea remains the same. As columnist Nancy Lublin wrote in the May issue of Fast Company:

It’s not hard to see where the word comes from (slacker + activism = slacktivism), and obviously, it’s usually not meant as a compliment. Basically, it refers to doing good without having to do much at all. It’s inch-deep activism that you can do from the comfort of your own couch, whether that’s clicking for good or texting to save the world.

Yet, more and more, people are pushing back against the term, arguing that slackitivists are just people taking their first steps into activism. Slacktivism is the shallow end of the digital activism pool. Effective organizers can motivate these newbies into the deep end, and into gradually increasing levels of commitment and action. This was our goal at the Obama campaign with much of Obama’s social media presence: start with an account on MyBarackObama or by joining One Million Strong for Barack Obama on Facebook, then tell a friend, then make a donation, then volunteer for door-to-door canvassing.

It is true that actions in the “shallow end” rarely bring about the desired change, but ignoring these actions and the people who take reflects a misunderstanding of their value. In a post on Mashable, Geoff Livingston of the social media consulting firm Zoetica quotes Randy Paynter, CEO and Founder of the community portal Care2:

What the world needs now is far more engagement by individual citizens, not less, and simple steps such as signing petitions or even sharing opinions/tweeting are steps in the right direction…. Because small steps can lead to bigger steps, being critical of small steps serves no good. It simply disenfranchises folks.

The “slacktivism matters” crowd got a new piece of supporting evidence today from Facebook, where analysis revealed that the simple act of friending a politician was a meaningful measure of their intent to vote for that person:

This indicates not only that a user who friends a political prefers that person, which is self evident, but also that friending indicates intent to take action based on that preference. In the case of an election, this means that joining a politician’s Facebook group meant that the person cared enough to get out and vote for that candidate.

In the cases of truly dead-end slacktivism, like American Twitter users greening their avatars in support of the post-election protesters in Iran last year, the problem may not have been with the initial action itself, but that there was no clear or credible next step for those concerned people to take to truly influence the outcome they cared about.

Last week, The Guardian ran a piece called “Clicktivism is ruining leftist activism,” (12 August 2010) by Micah White. The basis of it was that digital activism has been diminished to mere tallying of things like clicks, email subscribers, Facebook followers… you name it.

While he offers a small glimmer of hope at the end, rallying digital activists to “jettison the consumerist ideology of marketing that has for too long constrained the possibility of social revolution,” he paints a pretty dismal picture of how digital activism campaigns are now run: just like marketers, it’s all about the numbers and how many you can get and nothing more.

The huge glaring problem with this piece? It stops there. It stops at giving a laundry list of campaigns that advertise a huge “member” base and the fact that digital activism has become nothing more than a numbers game.

Dave Karpf responded by highlighting how many activists have used this marketing model since well before the dawn of the internet (“Let’s move past the tired Clicktivism critiques please,” 12 August 2010). One of Dave’s main points is the fact that, in White’s criticism, there was no discussion or even mention of the process put in place after those clicks occur, the Ladder-of-Engagement.

He argues that “actual social justice organizing looks nothing like the fiction White compares digital activism to. Organizing is hard work. We create change by building power and mobilizing relationships, applying pressure on decision-makers that would prefer we went away. Real activism (to use White’s own phrase) isn’t about “the power of ideas or the poetry of deeds.””

[Sidenote: Dave points to a great example of White’s worst passage, although I’d be prone to pick “Exchanging the substance of activism for reformist platitudes that do well in market tests, clicktivists damage every genuine political movement they touch. In expanding their tactics into formerly untrammelled political scenes and niche identities, they unfairly compete with legitimate local organisations who represent an authentic voice of their communities. They are the Wal-Mart of activism: leveraging economies of scale, they colonise emergent political identities and silence underfunded radical voices.”]

On that note, I’d also like to have a marketing discussion with you.

As a marketing strategist and social media marketer who’s had many clients in the private and the non-profits spaces, I can’t tell you how many organizations I’ve seen that have tried to base success on click-through-rates, RSS subscriptions, Twitter followers etc. When those people become our clients, we sit them down day one and have a conversation about what success means to them. 100% of the time, success is not actually the number of followers they’ve got on any given social network or email list. It’s “more money (profit or donations), more supporters, more influence, more brand awareness, etc”. We make it clear that to accomplish those goals, you have to turn the numbers into something valuable – and that’s what we ultimately end up working with them on. It does no good if you have 10,000 Twitter followers if your goal is to create actionable, organized social change. Your 10,000 mean nothing. Zilch.

My point is that, if we’re going to rip apart this idea of Clicktivism, and basing everything on numbers etc, I’d like for Mr White to run his analysis of how these organizations turned those numbers into value for themselves. I would bet you that MoveOn has achieved what it would consider tremendous success from their “measly click-throughs.”

How? They went past the numbers and linked them to something more engaging than a click, which is only the first rung of the Ladder-of-Engagement. When White discusses the loss of passion for a cause, or, as Dave put it, the loss of soul of Digital Activism, he doesn’t look at the clicks that were turned into passionate supporters.

Esra’a hit the nail on the head in her post “Is digital activism ruined?,” (12 August 2010). One of her observations jumped out at me:

“We have people who really do preach that clicking a petition or a link or simply RTing something is “enough,” when it isn’t. Our job is to communicate how and why it isn’t – often we fail, because we ARE dealing with an overwhelmingly lazy (and sometimes numb or unaware generation) – even right here in the Middle East. I think this is something we digital activists have been dealing with for many years and only now it is being discussed on a larger scale.”

The real deal? This isn’t just a digital activism problem. Unfortunately for White, he simply drew a comparison between bad digital activist campaigns and bad marketing campaigns. Anyone worth their stuff as a marketer will tell you that the numbers is only the first step, and that those numbers must be linked to a strategy and goals if the campaign is going to be a success.

Mary added a comment supporting the idea of needing to put all of these “measurements” that White talks about in the context of a strategic framework.

“I utterly agree with you Esra’a – [clicktivism,] the bottom rung of digital activism (RTing, changing an avatar) is just that – the bottom rung, the first step. Strategic organizers can mobilize these people who self-identify as caring about a cause to take more significant actions with greater impact. Only intentional nay-sayers or people who don’t understand the mechanics of activism would equate the failure to mobilize “clicktivists” to achieve campaign goals with the failure of digital technology for activism. Just as in the offline world, digital campaigns are multi-faceted, including a range of tactics for a range of supporters over a long time horizon.”

It’s only then that we can begin to make sense of the numbers, and understand their true impact.

What do you think about Clicktivism? Does it have it’s place in Digital Activism?