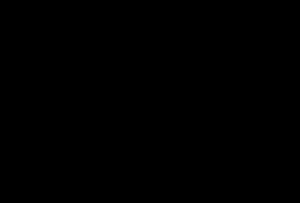 The pro-democracy activists in Egypt have been granted their first demand: Hosni Mubarak, dictatorial president for 30 years, has resigned. It is too early to do a post-mortem on the Egyptian revolution as a decapitation at the top cannot cure the corrupt and dictatorial Egyptian state. The activists in the streets know this, know their work has only just begun.

Yet it is an appropriate time to begin a post-mortem of the unprecedented mass mobilizations that brought Egypt to this previously unimaginable moment, particularly the role of digital technology. Just now the complex interplay of online and offline activism and organizing is becoming clear, elucidated by recent articles in the Wall Street Journal and New York Times, as well as first-person testimony by digital activist Wael Ghonim, who has become a central spokesperson for the youth movement that organized the protests.

In the coming days, people will attempt to assign all kinds of roles to digital technology: organizing, mobilizing, coordinating on Facebook, spreading the word, shaping the narrative on Twitter, exerting pressure, generating citizen journalism, capturing abuses on video, and vague “empowerment”. Doubtless technology will be given credit for achievements it was incapable of and will be downplayed in the role it did play.

In order to focus the discussion, below is a framework for considering the way digital technology assisted the activists in Egypt, or indeed anywhere. While many people think that digital technology can be used for an almost unlimited number of purposes, on closer analysis we can actually distill that list to seven activist uses of digital technology, which are described below.

One of the most basic capacities of digital technology is to document, to encode information into a digital format from which unlimited copies can be made. This documentation ranges from the recording of human rights information in a secure database like Benetech’s Martus to the recording of a cell phone video of police abuse or the typing of an SMS message. Documentation occurs whenever digital content is created.

Digital applications also have the ability to refine raw information into a more useful form by grouping it or connecting it to other information in a format called a “mashup“. Patrick Meier has put together a collection of digital maps that mash up information on the Egyptian protests with geographic information on where those protest occurred. While these maps are among the most visual kinds of mashups, less visual data synthesis is also important. With applications like Constant Contact and Kintera, nonprofits in the US link donor data with demographic information to send targeted emails to their supporters.

Digital technology can also be used to transfer resources, most specifically money. While micro-donations have played key roles in raising funds for political campaign like Barack Obama did with online donations in 2008 and humanitarian campaigns like the Red Cross’s mobile donations for Haiti in 2010, this practice is far from globally pervasive. While it is one of the reasons that many nonprofits in the West got online, it is only one of the activists uses of digital technology, and there is little evidence that it played much of a role in Egypt.

The next three uses are all forms of coordination, and are listed from the strongest to the weakest form. In the strongest form, co-creation, a usually small group collaboratively plans and designs an action or product, such as a protest march or campaign strategy. Co-creation requires repeated back-and-forth communication, in which the product is refined through input by multiple creators. In Egypt, we saw the organizers of the Khaled Said and April 6th Facebook groups using Google chat to coordinate together, as well as using covert offline meetings.

The next strongest form of coordination is mobilization, in which a call to action in transmitted to supporters through digital means. Here the April 6th and Khaled Said Facebook groups were useful while the Internet was still on, as well as Twitter and simple SMS. The activists also used paper flyers to spread the word about the January 25th protest in poorer neighborhoods that were not online.

In mobilization, communication is unilateral, from a small planner group to a larger group of supporters who are asked to take the action created by the planners. It is a weaker form of coordination than co-creation because the supporters did not play a role is designing/planning the action. They are presenting with the call to action and then must make a binary decision to participate or not.

Broadcast is the weakest and also the most common form of digital coordination: a piece of information is transmitted to a group in an effort to create a shared understanding of a public issue, but with no specific call to action. This type or information-sharing to an audience not asked to take any particular action accounts for much of the chatter on Twitter related to the protests, even the live tweeting from Tahrir. While this type of information is critical to creating a sense of shared identity among protesters, it demands less of participants than co-creation or mobilization.

Digital technology not only helps activists to work together, but also protests them by helping them circumvent censorship blocks and evade surveillance. Activists can use a proxy server or applications like Tor, Ultrasurf, and Freegate to access forbidden information, or send email using HTTPS for encrypted person to person communication. The increased digital savvy of repressive governments like Egypt, which track the actions of dissidents on Facebook and Twitter, made these anonymizers ever more important.

This framework does not define how Egyptian activists used digital technology in their work, but it does draw a boundary around what is and is not possible. The case study of Egypt has changed our understanding of what is digitally possible in an authoritarian regimes and there will likely be useful lessons emerging for a long time to come.