The Best Essay Yet on Digital Activism Research 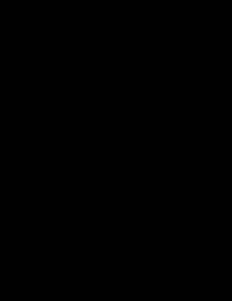 Though the title is a bit silly, “Blogs and Bullets: New Media in Contentious Politics” (PDF), published by the United States Institute of Peace, is the best analysis I’ve read so far on digital activism research. It takes a broad view, correctly diagnosing the current state of the field and making astute recommendations about methodology that can move the field forward.

Rather than making an argument about the role of new media in contentious politics, the authors, who hale from George Washington Univeristy, the Berkman Center, and Morningside Analytics, acknowledge the dearth of knowledge about this phenomenon.

Despite the prominence of “Twitter revolutions,” “color revolutions,” and the like in public debate, policymakers and scholars know very little about whether and how new media affect contentious politics. Journalistic accounts are inevitably based on anecdotes rather than rigorously designed research.

… To this point, little research has sought to estimate the causal effects of new media in a methodologically rigorous fashion, or to gather the rich data needed to establish causal influence. Without rigorous research designs or rich data, partisans of all viewpoints turn to anecdotal evidence and intuition.

Our Global Digital Activism Data Set (GDADS) project was started precisely to provide that “rich data” which could be the subject of new and “rigorous research” and end the current trend in which “all viewpoints turn to anecdotal evidence and intuition”. It was tremendously gratifying to read those ideas echoed back from experts.

Case selection. The effects of new media cannot be understood by focusing only on their apparent successes….To understand the impact (if any) of blogs and Facebook, both successes and failures must be understood.

Counterfactuals. Similarly, policymakers, activists, journalists, and scholars must ask whether episodes of contentious politics would have emerged without new media. For example, in 2005, Egypt’s elections, as well as American pressure to liberalize, might have created openings for protest with or without blogs and Facebook.

Hidden variables. Focusing on new media may divert analysts from the real causes. A battle between elite actors (say, between the military and business interests) may be the real drivers of a political conflict, even if they are only dimly perceived through the lens of new media….

Causal mechanisms. …It may be impossible to determine whether Internet access leads to democracy, but it may be possible to test whether access to the Internet increases individual propensity to take risky political action or lowers the transaction costs for organizing a political protest. This could also be useful for policy, since research focused on causal mechanisms can better predict the likely effects of manipulating a single variable….

System effects. Changes at one level of analysis, as described below, may be mutually reinforcing, but they may also work at cross-purposes with changes at another….. For instance, new media may lower transaction costs for organizing protests, which would presumably make contentious politics more likely, but may also lead to greater elite awareness of and responsiveness to public complaints, thereby preempting protests…..

New media outlet selection. …Seeing the bigger picture—which includes the political impact of actors who are not online—and capturing the full spectrum of online participants will make for more robust analysis.

Strategic interaction. Many accounts focus on the citizen protesters and ignore rivals as they take countermeasures. States can respond to the perceived success of activism and prevent its replication….

The above analysis provides a critical check-list for anyone seeking to demonstrate the effects of digital activism empirically. The current difficulty in addressing all these factors means we have not yet reached the point where we can make empirical and statistically significant statements about the effect of digital activism as a global phenomenon. And anyone who tells you he has figured it out is guessing.

The final element of this essay, which I found incredibly helpful, was a suggestion of where to measure the effects of digital activism:

Individual Transformation. Some individuals may develop new competencies through their exposure to or participation in new media, allowing them to participate more readily or effectively in real-world politics or to process information differently

Intergroup Relations. New media may reshape discussions and debates within and across groups in a society, changing intergroup relationships and attitudes. Optimists see the Internet as generating positive connections, spreading information, and proliferating points of contact across political, sectarian, or geographic divides. Pessimists, such as Cass Sunstein, fear its ability to polarize, as people seek out congenial relationships and bias-confirming information.

Collective Action. New media may also affect the potential for individuals and groups to organize, protest, or take other forms of collective action. For example, both the Iranian protests and the ethnic violence after the 2008 Kenyan election involved collective action, and both are cited, rightly or wrongly, as having been driven by new media.

External Attention. New media may garner attention from outside actors, mobilizing political sympathy or hostility and creating new opportunities to generate power internally. The Iranian Twitterers, for instance, framed the confrontations around images and actions that attracted Western attention.

The paper also suggests digital activism research methodologies (link analysis, content analysis, and meme tracking) and includes a lengthy case study of the 2009 post-elections protests in Iran. However, to me the real meat of the paper is above. I could make criticisms – counter-factuals open the door to opinion and intuition, intergroup relations is a part of the collective action category, case study analysis is left out of the research methodologies – but overall I am so happy with this essay, I really don’t want to criticize it. I just want more.

I recommend you read the full essay:

One thought on “The Best Essay Yet on Digital Activism Research”