The Shutdown: Protest and Powerlessness 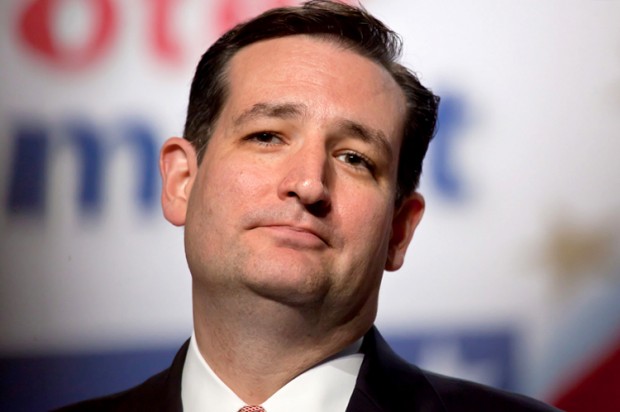 “Individuals and groups may wish to bargain, but they may lack the resources to do so.”

The traditional narrative of the government shutdown is that the Tea Party Republicans, fronted by Ted Cruz (left), are schoolyard bullies, forcing Obama and Congressional Democrats to reneg on a bill that is already law. Â This could make Cruz a feisty hero or a villain, depending on your politics, but he and his allies definitely appear to be wielding power.

Yet the scholarship of protest indicates that the shutdown is actually a function of Republican powerlessness, rather than Republican power. Â In a 1961 article, “The Strategy of Protest: Problems of Negro Civic Action” (pdf,Â pardon the dated title), political scientist James Q. Wilson argues that protest is a form of bargaining.

Bargaining is defined by Wilson as “any situation in which two or more parties seek conflictingÂ  ends through the exchange of compensations.” Â Bargaining is difficult for excluded groups because “the excluded group has nothing the others desire.”Â  Â Wilson elaborates:

[C]ertain individuals and groups may wish to bargain, but they may lack the resources to do so-i.e., they may lack any stock of inducements (positive or negative) which they can use to influence other parties to act in accordance with at least some of their intentions.

Republicans had run out of the legal procedural means to stop the Affordable Care Act. Â They tried to gut it during Congressional debate and prevent it from passing into law. Â They brought it to the Supreme Court in an effort to have it struck down on Constitutional grounds.

All these measures failed. Â They were forced to undertake an extra-institutional strategy of protest, which Wilson defines as “bargaining with the exclusive use of negative inducements (threats) that rely… on sanctions which require mass action,” Â in this case, mass action by Congressional Republicans, even those outside the Tea Party caucus.

As Wilson writes, “[t]he party against which the protest is directed values something which the excluded group can place in jeopardy,” in this case, the operation of the Federal government. Â Â Since Congressional Republicans lacked positive inducements or legitimate power to stop the Affordable Care Act, they artificially engineered a negative inducement, the government shutdown, the removal of which could be used as a bargaining chip in dealing with Democrats.

If you buy the application of Wilsons’ theory to the shutdown, you are buying into the interpretation that Republicans are operating from a position of powerlessness and exclusion. Â The irony that the actions of Congressional Republicans can be described using a theory of excluded groups developed to describe African-Americans in the 1950’s is the most exquisite form of irony. Â Perhaps society is changing more quckly than we realize.

4 thoughts on “The Shutdown: Protest and Powerlessness”