#BlackLivesMatter and the Benefits of Being Impolite

When I was a teenager my aunt gave me a pin: “well-behaved women seldom make history.” Â I was living in the suburbs at the time. Â I thought that pin was pretty badass. 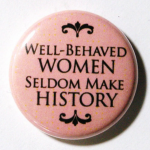 The phrase was coined in 1976 by historianÂ Laurel Thatcher UlrichÂ during the second wave of the Women’s Movement. Â It captured women’s desire to break out of the respectability politics that had kept them disempowered for so long.Â  Â The phrase continues to be popular, as a recent Etsy search bears out.

Yet when two black women decided to be impoliteÂ in their agitations for black livesÂ last weekend, the crowd would have preferred well-behaved women. Â The mostly white crowdÂ made it clearÂ they preferred that these black women not make history: 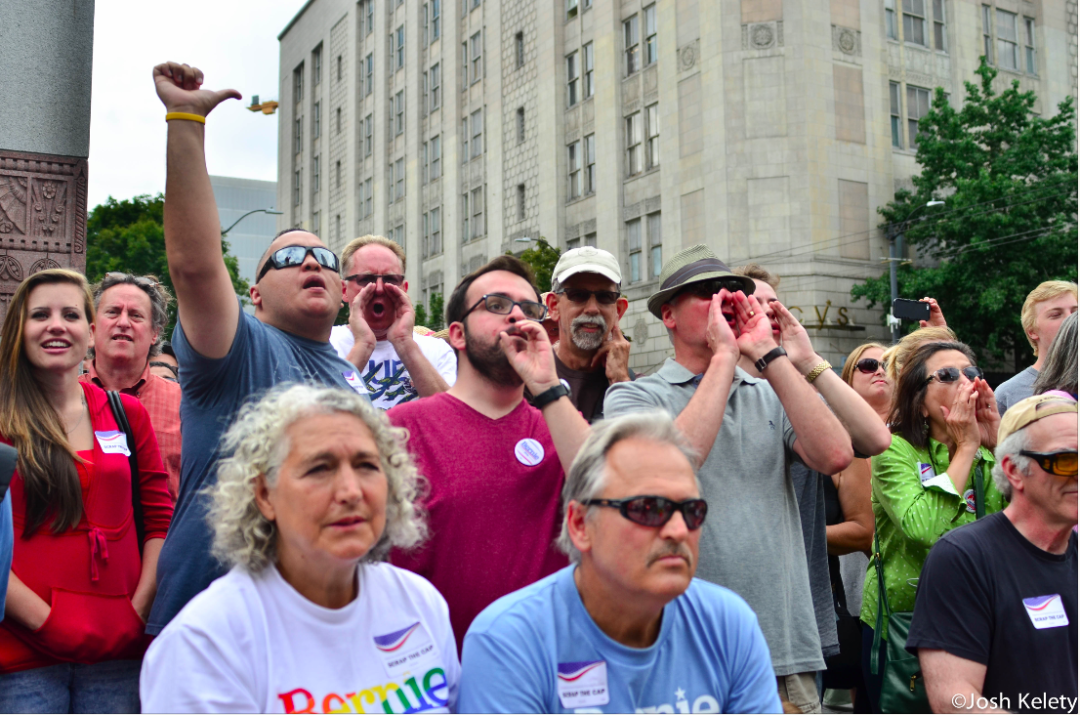 White progressives embarrassing themselves at the Black Lives Matter action in Seattle by booing actual activists.

Then the concern-trolling began. Â A comment on The GuardianÂ website is indicative of the polite, yet condescending, progressive response. Â “Disruptions like this do a big disservice to a great cause,” writes hren007. Â “Anything you’ll say in these minutes will be overshadowed by the fact that your hijacked the microphone.”

This white preference forÂ “order” over “justice” is not new. Â It’s a depressingly old patten. Â Martin Luther King phrased it well in 1963. Â “I must confess,” he writes in Letter from A Birmingham Jail, “over the past few years I have been gravely disappointed with the white moderate. I have almost reached the regrettable conclusion that the Negro’s great stumbling block in his stride toward freedom is not the White Citizen’s Counciler or the Ku Klux Klanner, but the white moderate, who is more devoted to ‘order’ than to justice.”

What happened in Seattle, however, is even worse than theÂ responses King was speaking of. Â These are not moderates pictured above booing Marissa Johnson and Mara Willaford. Â They are progressives. Â They are Bernie Sanders fans.

However, the greatest problem with progressive white concern-trolls is not their condescension. Â It is not that they were on the wrong side of history. Â The greatest problem is that they were wrong. Â To put it simply, being impolite worked. Â In the past four days since the Seattle action on August 8th, the following events have occurred. Â Positive effects began that same day.

And that’s just in the past week.

â€œPower concedes nothing without a demand. It never did and it never will.â€ Â This phrase is just as true today as it was when Frederick Douglass wrote it in 1857. Â  Black Lives Matters activists know this truth and they are willing to act boldly for their own liberation. Â They are not worried about white feelings.

So white people, let’s look inward instead of criticizing black activists. Â Who among us is fighting for our causes with the boldness and certitude of Black Lives Matter activists? Â Yes, kayaktivists are using direct action to try to block oil drilling ships from leaving northwest ports. Â They are hanging from bridges. Â  ButÂ most white activists are too timid to risk derision, anger, hostility, or arrest for the causes we care about. Â We prefer to be polite. Â We have a lot to lose, and on some level we know it.

Black people are pushing American political culture forward. Â It is time for white people to catch up. Â If we continue to be well-behaved, history will pass us by.